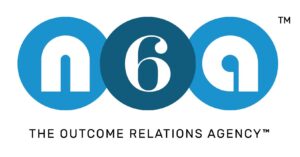 N6A is The Outcome Relations Agency™. Since its founding in 2010, N6A has grown to become one of the fastest-growing public relations firms in its revenue category. N6A has been named to the Observer’s Power 50 list of the most powerful public relations firms in the United States, as well as one of Entrepreneur’s Top Company Cultures in the United States, PRWeek’s Best Places to Work, and Digiday’s Most Innovative Culture.

Based in the heart of SoHo in New York City, N6A is the creator of the Outcome Relations™ model, which combines earned media, paid media and proprietary KPI technology to drive specific business outcomes for clients.