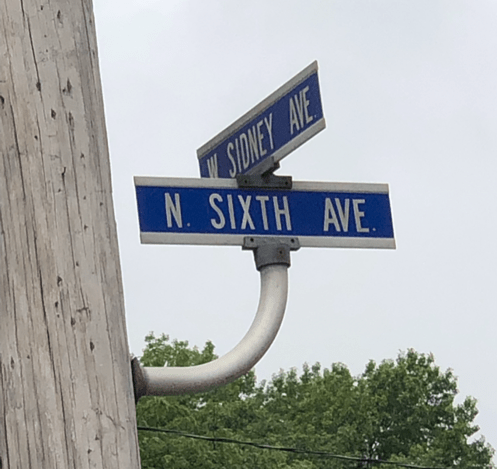 The Story Behind N6A Day: Never Forget the Survival Days

The post below is an excerpt from N6A CEO Matt Rizzetta’s book Embrace the Pace: The 100 Most Exhilarating Lessons Learned in a Decade of Entrepreneurship.

I will never forget the afternoon of January 29th, 2010, for as long as I live. It was a Friday leading into a typically frigid New York winter weekend. A 20-year-old artist named Taylor Swift was less than 48 hours away from winning her first Grammy Award, the Winter Olympics were about to commence, and in less than 60 days my first daughter, Viviana, would be born.

But the mood wasn’t quite festive where I was that day.

I sat at a booth in a diner on Central Avenue in Yonkers, New York, waiting for my wife to arrive on that cold and gloomy Friday afternoon.

I had just lost my job.

My wife was seven months pregnant.

She had just put in her notice for maternity leave at her job as a teacher at PS 205 in Brooklyn.

We had just closed on our first house and our mortgage payment was due.

We had no income.

The economy was in the depths of a recession.

Life was a whirlwind, to say the least.

There I sat with my wife at a diner in Yonkers, on Friday, January 29th, 2010, about to ask the scariest question of my life.

Forget about marriage proposals or asking my future in-laws if they would let me marry their daughter. That was a cakewalk compared to the question I was about to ask.

“Will you let me start my own company?” I asked.

The words don’t seem so scary now, but back then, in the heat of the moment, I was petrified to ask. The thought of foregoing a stable and steady income to take a Hail Mary risk and start a company with no clients, no money, no connections and no entrepreneurial experience seemed insane. Particularly at that moment in time given where my wife and I were during that stage of our lives.

I had one failed entrepreneurial experience a few years earlier when I was trying to start a sports agency while working a day job simultaneously at Sony BMG. That didn’t work out so well, but my wife supported me through it.

I had been working on this business plan for a new kind of public relations firm for the past year, one that brought a different type of energy, approach and culture than other firms. I had been waiting for the right time to take the plunge and go for it. Truth is, in entrepreneurship, there never is a “right time.”

I even went so far as to get the business registered a few months earlier, at the tender age of 26: North 6th Agency, Inc. It would be named after the street to which my grandparents immigrated from Italy. I wanted the company to stand for their values. I also wanted it to serve as a constant reminder that I had to “make it” for them. I really wanted to build something meaningful that they could never have built on their own. Not because they weren’t smart enough. Simply because they never had the access to resources or the opportunities that I had.

So, there I was, in a Yonkers diner on a cold January afternoon, waiting for my wife to respond to my plea.

My wife, who unlike me is very soft spoken, soothing and understated, gave me her blessing.

“I believe in you,” she said. “I know you’ll figure out a way to make this work for us.”

And with those words, we were open for business and my entrepreneurial journey had officially begun.

As I learned quickly, almost immediately, you’re merely in survival mode when you’re first starting a business. It is a fight for survival in every sense. Every day you’re scratching, clawing and doing whatever you can to survive to fight another day. You’re hunting for revenue, defending yourself from falling victim to the competition, and convincing people to come join your no-name company.

It’s about survival. Nothing more.

Allow me to let you in on a little secret.

You should always be in survival mode. That’s how you’ll know if you’re building a special business or career.

The traits and learnings that are required to make it out of survival mode alive — hunger, scrappiness, speed, discipline and focus, fear of failure (I could go on!) — are traits that will carry you very far at every step of your business or career.

Now, 10 years later, I still carry with me the lessons and memories of those survival mode days and apply them to my day-to-day work life. I never want that to go away. I always told myself that one day, if I ever forgot my survival mode lessons, I would hang it up and look for a new profession. The truth is, we would probably go out of business anyway if we strayed from our survival mode roots.

Each year over the past decade, we’ve given our staff off the last Friday of every January for N6A Day. It’s a way to remember that cold Friday afternoon in January 2010 and the scary question that I popped to my wife in that Yonkers diner.

It’s also a way to remember the beginning of our survival days.

A decade later and I still feel like it’s survival mode, and I wouldn’t want it any other way.